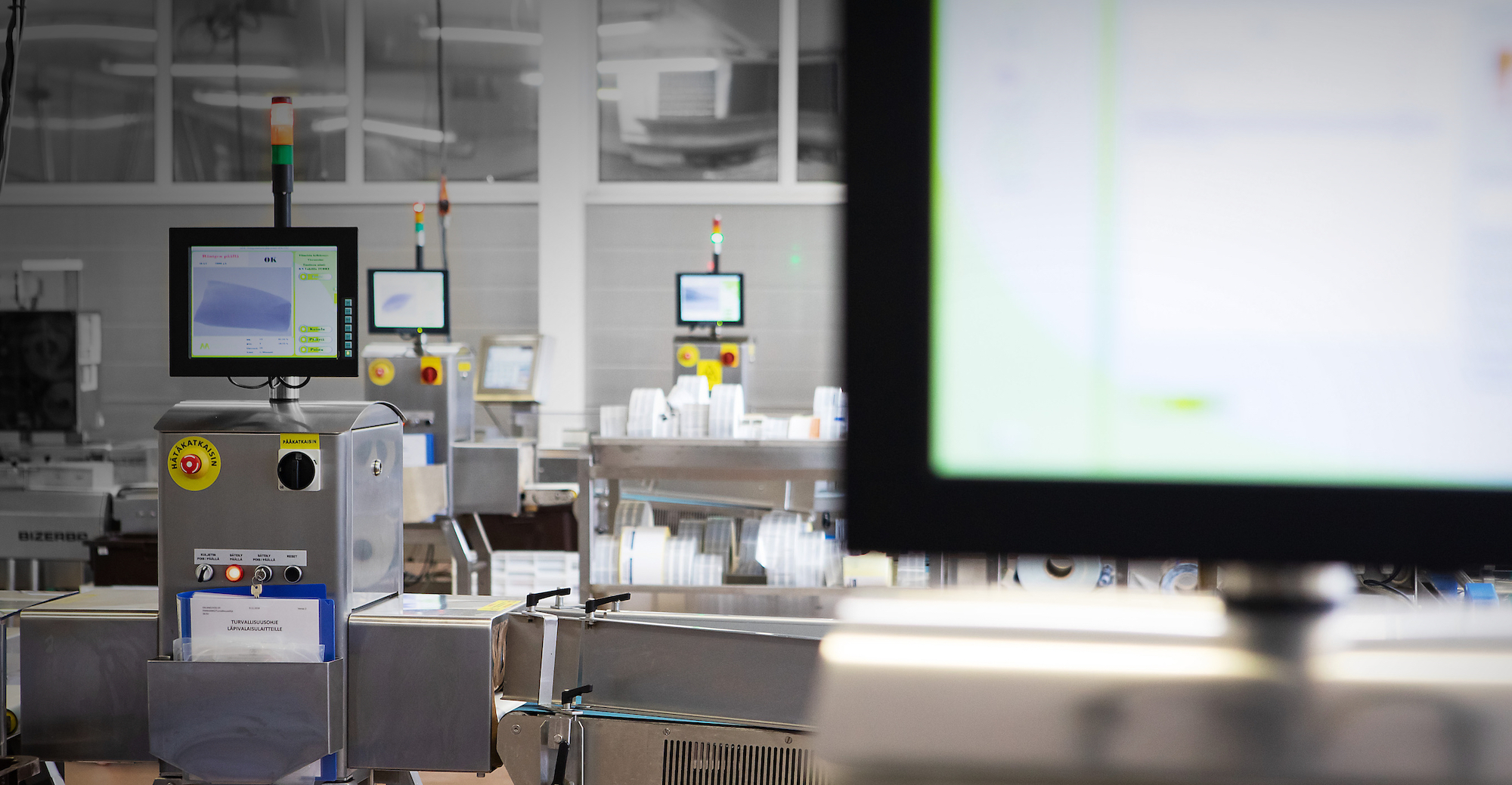 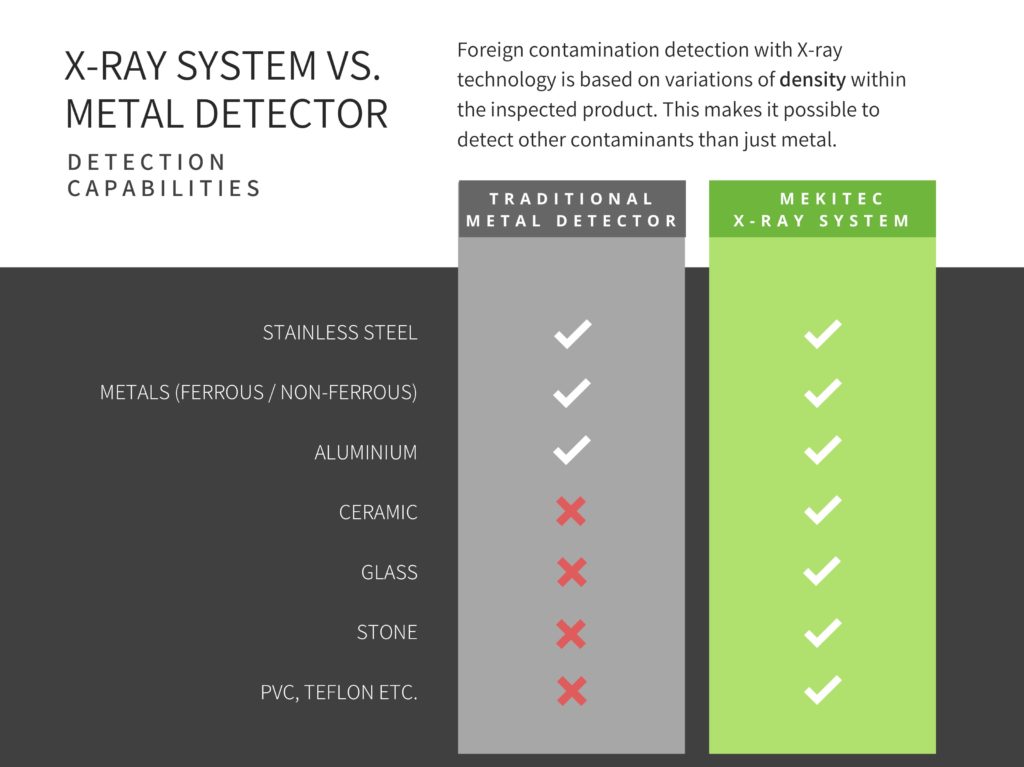 GET MORE VALUE FROM QUALITY CONTROL WITH X-RAY METAL DETECTOR

When the food safety standards started to become more common, metal detectors were the only systems in use to ensure the product safety for a long period of time. In that sense, X-ray is relatively new technology compared to metal detectors, and by implementing an X-ray system into your production line you get more value from the comprehensive quality control of food. Metal detectors can still be useful, if the metal or aluminum is the only inspected contaminant. Usually, this is not the case, and sometimes, the inspected product is in a metallic package or wrapped in aluminum, which makes it impossible to be inspected by metal detectors.

When comparing X-ray systems and metal detectors, it is evident that X-ray offers comprehensive product safety by detecting various other contaminants than just metals, but it also brings other valuable functions to inspect the overall quality of the food products.

Metal detector technology is based on the disturbance caused by the conductive and magnetic properties of metal. However, non-ferrous metals do not emit magnetically and are therefore more difficult to detect by a metal detection. Also, product conductivity may influence on the amplitude of the signal, such as high moisture, causing disturb for the magnetic field. X-ray, on the other hand, will inspect the product and can detect not only different metals but also plastic, stones, or bone fragments as well as filling levels, broken parts, missing items and even fat, based on the differences in density.

The X-ray inspection system can detect much smaller metallic contaminants than a metal detector, and at the same time detect other types of contaminants. For example, stainless steel (SUS316) has a density of 8,027g/cm3 i.e., about eight times the density of water. This makes it easy for the X-ray system to detect even tiny pieces of stainless, ferrous, and non-ferrous foreign objects. In many cases, the smallest contaminant that an X-ray can detect is less than 1mm in size.

Metal detectors also might have product counting functions based on e.g., simple photosensors, that can bring some added value to the food producer. Value-adding functions can be included in X-ray system also. For example, with Mekitec’s X-ray systems, the manufacturer can track individual products and even integrate a check weigher into the inspection system. Tracking means that X-ray takes and saves a picture of each rejection. This enables full visibility for the food producers to identify possible contamination sources or reasons behind quality defects. In case of a contamination, the X-ray image shows where exactly the foreign object is placed without the need to open the product itself. Metal detectors do not offer similar additional functions. 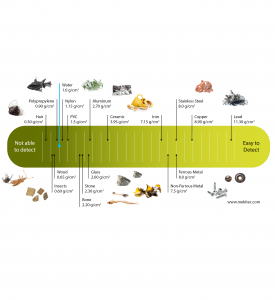 In the past, the main reason for food producers to choose a metal detector over an X-ray system was cost related. For many years the X-ray inspection systems required a high amount of investment, a lot of space from the production, and they were difficult to operate and expensive to maintain as well.

When calculating the total cost of ownership, you need to consider the investment but also the lifetime costs (i.e., maintenance and spare parts). With a metal detector, these costs are usually affordable and with traditional X-ray systems they could be significant.

Mekitec wants to change this division by offering an X-ray system at a reasonable investment cost as well as lifetime cost, making it a true alternative for a better inspection. Our X-ray inspection systems offer the best value to the food producers by keeping the total cost of ownership low but at the same time delivering excellent performance.

INTERESTED IN HEARING MORE ABOUT THE BENEFITS OF X-RAY INSPECTION?

Contact us to learn more about our X-ray inspection solutions for the food industry.

You can also read how other food producers have benefitted from MEKI X-ray inspection systems by reading their success stories.

By downloading the white paper “The selection criteria for inspection equipment”, you will learn the most important factors in the process of making the purchase decision. The white paper is based on Food Online survey results of 100 food manufacturer professionals.

Fill in the form to gain access to the white paper.

Mekitec's X-ray systems find the metallic contaminants even inside a metallized packaging.

MEKI X-ray inspection systems ensure that food producers achieve and exceed the global requirements for food safety and deliver only top-quality products to their customers.

What are the factors you should focus on when deciding between different inspection systems?